From magical landscapes and iconic coastlines to sites brimming with history, the endlessly intriguing United Kingdom always offers something new to uncover. Traverse green fields, national parks, charming fishing villages and ancient castles as you learn the legends and lore of bygone times.

Here’s the 5 top experiences on our new Jewels of Coastal UK expedition – perfect for exploration by small ship. 1. Discover Portsmouth Historic Dockyard, home to two of the most iconic ships in British maritime history

This ancient dockyard is home to two of the most iconic ships in British maritime history: Mary Rose and HMS Victory. The Mary Rose, Henry VIII’s flagship, which capsized while fighting the French in 1545, was recovered from the seabed in 1982. In dry dock alongside the Mary Rose, is HMS Victory. Constructed in the 18th century and famed for her part in the Battle of Trafalgar in 1805, Victory was the flagship of Admiral Lord Nelson, who was infamously fatally shot by a sniper while on deck. Portsmouth is rightly famed for its naval heritage and harbour but there is so much more to discover. Head out to Portsdown Hill, from where you will have (weather permitting) one of the best views in England, overlooking the whole of Portsmouth. On a clear day, you will be able to see as far as Southampton, Chichester and the Isle of Wight.

Uncover the hidden gems of our ship, the Greg Mortimer, the passenger ship to feature the revolutionary Ulstein X-BOW®, this allows the ship to cross oceans more comfortably and efficiently. 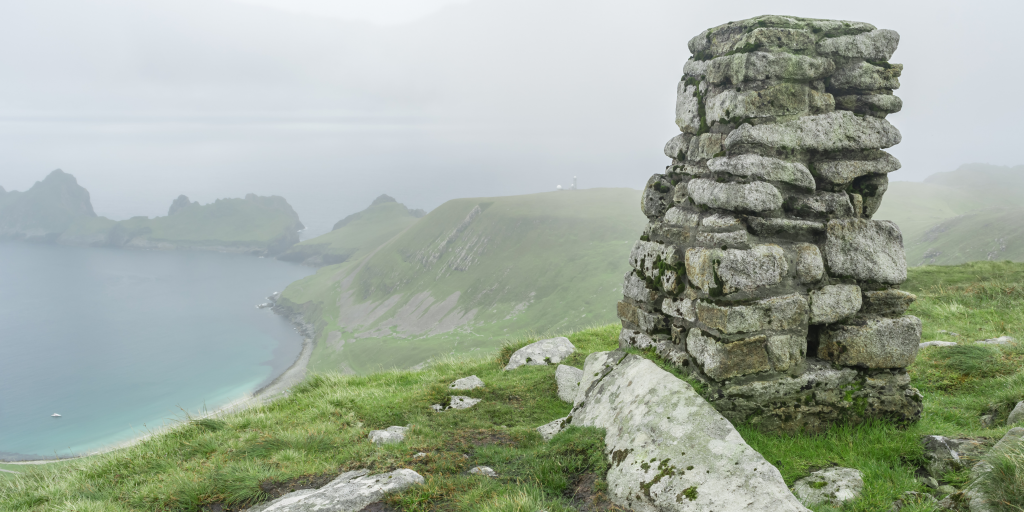 The isolated archipelago and World Heritage Site of St Kilda is where derelict crofts bear testament to the fortitude of islanders who once tended the unique Soay sheep and harvested seabirds for food – paying their rent in the form of wool, meat and feathers. The isles hold Europe’s most important seabird colony and is home to Britain’s highest sea stacks (rock columns). Island hopping north-east, we aim to visit tiny specks of land that bear the brunt of violent Atlantic storms and rarely see visitors. Visit two of Cornwall’s most iconic coastal villages; Fowey and Penzance. Located on the south coast of Cornwall, Fowey has a strong Celtic connection and is steeped in maritime history. The ancient castles at the deep-water entrance once guarded the harbour from Spanish fleets and, and the towers of the 14th-century St Fimbarrus Church and the 15th-century Place House still stand proud. Nestled in a corner of glorious Mount’s Bay, Penzance has long been one of Cornwall’s gems. Soak up the olde-worlde pirate atmosphere as you discover the cobbled alleyways, winding streets, subtropical gardens and dockside taverns for which the town is famous. And do not forget to try an authentic Cornish pastie while in town. 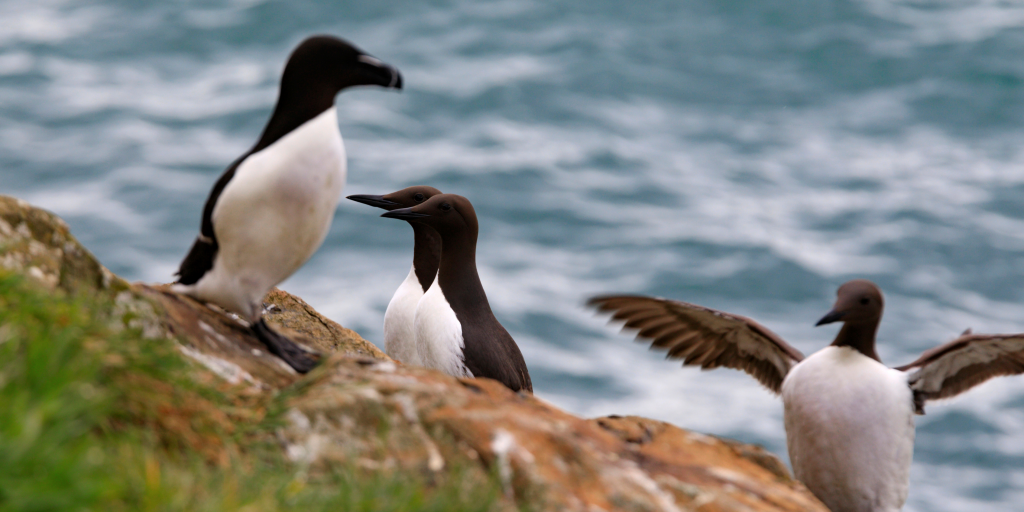 4. Experience some of the UK’s most remarkable birdlife at Pembrokeshire Islands

Skomer, Skokholm and Grassholm are a trio of neighbouring islands named by ancient Viking visitors. They are located off the coast of southern Pembrokeshire and are celebrated for their exceptional wildlife. The islands are a site of special scientific Interest and are included within the Pembrokeshire Coast National Park in West Wales. To protect the wildlife on the Pembrokeshire Islands, daily visitor numbers are heavily restricted. We are very fortunate to be able to explore the splendid coastline of the islands from our ship, or in Zodiacs or kayaks.

Twitching for your next bird watching adventure? Check out our Bird Watcher’s Guide to the British Isles. 5. Uncover the unique UNESCO biosphere reserve of the Isle of Man

The Isle of Man is a self-governing British Crown Dependency in the Irish Sea between England and Ireland. Its coastline features cliffs, stacks, islets and long beaches, while the hills hold important peat reserves and are deeply cut by wooded glens in the east. In recognition of its rich marine biodiversity, the Isle of Man has been designated a UNESCO Biosphere Reserve – the only nation to be awarded. Travel responsibly and respectfully with Aurora Expeditions – learn more about our Sustainability in Action plan. Save up to 20% off Jewels of Coastal UK

Discover some of the United Kingdom’s most historically significant and wildlife-rich destinations on this voyage from Portsmouth to Aberdeen. With numerous islands located in the Atlantic Ocean, a vast amount of the UK coastline is ideal for exploration by ship. Get our new 144-page brochure and indulge your sense of adventure.

Top things to do in Aberdeen before your Arctic Circle Cruise

Perched at the top of Britain, Scotland is characterised by its historic cities, winding roads and rugged terrain. The city …

Who Was Charles Darwin?